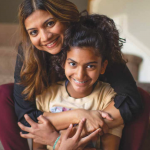 The number of children in the United States increased by more than 9 million in 30 years, with most of that increase among children of color in southern and western states.

The figures were presented in the latest Kids Count Data Book released June 17, a data collection published by the Annie E. Casey Foundation each year for the past three decades.

Data show that the well-being of the nation’s children differs widely based on race, a situation that the after-school field, among others, has sought to address.

Although the number of children living in poverty declined since 2010, African-American and Native American kids are three times as likely as white kids to live in poverty. They’re seven times more likely to live in high-poverty neighborhoods, according to the Data Book.

Many overall trends are positive: Since 2010, more parents are employed, more kids are graduating from high school and the teen birth rate has continued to drop. But on all three measures, African-American, Latino and Native Americans fare significantly less well.

Programs and policies make a difference, according to the Data Book, which looks at 16 measures and ranks states on their child well-being.

“After school can and does address this. We as a field exist to support kids who fall through the cracks,” said Courtney C. Sullivan, executive director, Arizona Center for Afterschool Excellence.

Schools may not be able to offer the individual attention kids need, but after-school programs “can work with small groups effectively,” Sullivan said.

“The research shows that kids from disadvantaged backgrounds … were able to catch up to their advantaged peers if they had consistent high-quality after-school programs over multiple years,” Cunningham said.

“There are limits, of course, to what after-school can do,” she said.