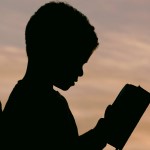 Learning disabilities (LD) and attention-deficit hyperactivity disorder (ADHD) are often accompanied by significant socio-emotional impairments and mental health challenges. However, there is a lack of controlled, quantitative research on potential interventions to address this issue. The current study evaluated the impact of a near-peer mentoring program for youth with LD/ADHD designed to promote socio-emotional well-being. Youth with LD/ADHD who participated in the mentoring program (Mentored; n = 99) were compared to both nonmentored youth with LD/ADHD (Control-NM; n = 51) and typically developing youth without LD/ADHD (Control-TD; n = 81) prementoring in the fall and postmentoring in the spring. Participants were assessed using self-report measures of anxiety, depression, interpersonal relations, and self-esteem.

Youth with LD/ADHD showed significantly higher scores of depression and significantly lower scores of interpersonal relations compared to the Control-TD group at fall baseline. The depression and self-esteem scores of the Mentored group significantly decreased and increased, respectively, after mentoring. These changes were associated with mentee-perceived mentorship quality. The Control-NM group showed significant decreases in both self-esteem and interpersonal relations, as well as increases in depression over time, while the Control-TD group remained stable across all measures. Results suggest that mentoring shows promise as a potential intervention for youth with LD/ADHD who experience co-occurring socioemotional and mental health difficulties. The study is the first, to our knowledge, to quantify the effect of a near-peer mentoring program on youth with LD/ADHD in a design with two control groups. Implications for research and practice involving LD, ADHD, and mental health disorders are discussed.

This study examined differences in depression, interpersonal relations, anxiety, and self-esteem among youth with and without LD/ADHD, as well as the impact of mentoring on these variables. Most of the hypotheses were supported by the findings. The study is the first to our knowledge to quantify the effect of a near-peer mentoring program on socio-emotional and mental health outcomes of youth with LD/ADHD in a controlled design. Results suggest baseline socio-emotional differences between youth with and without LD/ADHD, but show that mentoring can positively impact depression, self-esteem, and interpersonal relations.

Our findings showed that depression for the Mentored group decreased significantly postmentoring, so that there were no longer any group differences between the Mentored and Control-TD group in spring. By contrast, the Control-NM group reported significantly more depressive symptoms in spring than in fall, which were then significantly higher than both the Mentored and Control-TD groups. This same pattern was observed for self-esteem – the Mentored group significantly increased over time, whereas the Control-NM group significantly decreased. In both depression and self-esteem scores, the Control-TD group remained stable over time. These results suggest overall that the near-peer mentoring had a positive impact in reducing depressive symptoms and boosting self-esteem for youth with LD/ADHD. The increase in self-esteem has been observed in other studies as a consequence of mentoring for youth with LD/ ADHD (Ahrens et al., 2010; Buckner, 1993; Shevitz et al., 2003). Although research on mechanisms of this impact is limited, mentoring may impact self-esteem by providing social support through challenges and correcting negative views youth may hold about themselves (Erdem, DuBois, Larose, De Wit, & Lipman, 2016; Rhodes et al., 2006). Further, this increase in self-esteem may be related to the observed decreases in depressive symptoms reported in the Mentored group postmentoring. Mediational models in youth without LD/ADHD have shown that mentoring decreases levels of depression and other emotional issues via increasing youth confidence and self-esteem (Erdem et al., 2016; Hurd, Albright, Wittrup, Negrete, & Billingsley, 2018). We could not investigate mediating models of mentoring with two timepoints in the present study, but recognize this as an area of future research for youth with LD/ ADHD.